On Tuesday night 16th October 2018, YouTube unexpectedly shut down around 9:10 EST, leaving users around the world reeling with shock. This was perhaps the worst outage the video streaming giant has faced in recent years. Users who tried using the service were sorely disappointed as they could not broadcast or stream any content, instead they received “500 Internal Server Error” messages.

The shutdown not only affected YouTube’s main service but YouTube TV, YouTube Kids and YouTube Music were also not working to the frustration of millions. The panic over the outage got so out of hand that it even got the Philadelphia Police to joke about it.

Users from around the world took to Twitter to complain about the issue. Thousands of tweets started pouring in which resulted in the hashtag #YouTubeDOWN to start trending. This outage was especially a huge blow for sports fans who not only missed the opening night of NBA, but also the MLB playoffs.

In response, YouTube officials replied with a tweet posted at 9:41pm EST, confirming the news of outage that affected YouTube, YouTube TV and YouTube Music. In the tweet, the company apologized to its users for the inconvenience they had to face due to the shutdown. Also, they informed users that work was underway to resolve the issue and it will be back online soon.

Users were not deprived of the video streaming service for long as YouTube was up and running back in less than two hours. According to reporters from the AP, YouTube became operational once again around 10:50pm EST. YouTube officials also confirmed the news in another tweet.

We're back! Thanks for all of your patience. If you continue to experience issues, please let us know. https://t.co/NVU5GP7Sy6

Nonetheless, no explanation has been provided to the 1.8 billion YouTube users who faced inconvenience due to the global outage. No official statement has been released as yet and YouTube officials have declined to specify what the reason was for the unexpected shut down, keeping users speculating as to the cause.

While YouTube outages on such a massive scale are pretty rare, they have happened before. A recent example of an outage was in July, during the 2018 FIFA World Cup. The YouTube TV service in the U.S. went down during the semifinal match, which was taking place between Croatia and England. Thousands of football fans were outraged due to this. In compensation, YouTube provided YouTube TV subscribers with a week’s worth of free credit and a much-deserved apology. 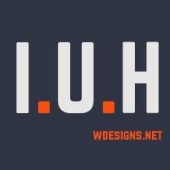 Imran is a succcessful freelancer with over 10 years of experience in Internet Marketing, QA and WordPress development. He shares WordPress latest hacks, tips and useful free or paid resources for noobs and experienced WordPress enthusiasts.

Have you been looking around searching methods through which on your website you can swiftly …
December 5, 2018 Google
More

Most often when owners access their website, they either just directly type their web link …
December 4, 2018 Google
More

Google has always been working tirelessly on its services and tools to help its users …
December 9, 2018 Google
More
We use cookies to ensure that we give you the best experience on our website. If you continue to use this site we will assume that you are happy with it.Ok