Home
Mobile
iPhone XS: At a Price Tag of $999, This Phone Is Worth Your Money!

After the phenomenal success of iPhone X, Apple is back again with its new smartphone that it calls iPhone XS. While the phone certainly resembles the iPhone X, it has some distinct features that differentiate it from its predecessor.

From its rear dual camera and 5.85-inch screen size to its stereo sound and super-fast processor, there are many things in iPhone XS that worth a mention. Let’s check them out in this review by Dissertation Help UK:

The iPhone XS doesn’t have anything new to offer when it comes to design. In fact, it is quite similar to the iPhone X in terms of design and display. The only difference is that it is built with surgical steel that gives it a stronger built, while it comes with IP68 waterproofing that protects it from water damage.

With a screen size of 5.85 inches, it has a little bigger display than iPhone X. However, the famous notch is still visible on top of the screen.

The camera has always been the USP of iPhone models and iPhone XS live up to that standard. It comes with a pair of dual camera that features a 12-megapixel wide camera and 12-megapixel telephoto lens sensor as part of the current iPhone camera system. They offer an f.18 and f.24 aperture respectively.

It also has a 7-megapixel front camera that has an f2.2 aperture along with a faster sensor. The cameras are capable of manipulating light in both overexposed and underexposed conditions.

The display is another highlight of iPhone XS. It has an amazing OLED display that measures 458 pixels per inch (PPI). The display accommodates many important things of the smartphone, such as the famous notch, camera, speaker, microphone, flood illuminator, and dot projector.

And there is a neural engine that is embedded with an 8-core dedicated machine learning processor. All these things make the iPhone XS one of the most powerful smartphones in the history of Apple.

Apple uses the iOS operating system that has filled columns of popular technology magazines and it got rave reviews from most of them. It is particularly praised for the emojis and memojis that were used exclusively in the iPhone X.

The highlight of iOS 12 is Apple’s CoreML that supports augmented reality features and it significantly improves the gaming experience. In addition, it supports plenty of iOS-based apps. The other notable feature of this phone is the feature of grouped notifications that saves you from dealing with tons of notifications at a time if you have not used your phone for a while.

It uses the Screen Time option that enables you to keep tabs on the time you are spending on using your phone. Besides, you can restrict the usage of certain apps that you tend to use more frequently.

This feature is what defines the new X-series of iPhone. With this feature, you can secure the data in your phone by applying a foolproof security layer. It runs even faster in iPhone XS than the previous model. Thanks to the neural engine, it works faster with AR apps and easily senses the structures around the phone.

iPhone XS comes with a dual-SIM support which means you can use two SIMs at a time. This feature is particularly beneficial for international users who use two different SIMs to connect to the people in different regions.

For the American users, the phone has a slot for one nano-SIM card, while you can use e-SIM as an added feature and it doesn’t take much time and efforts to activate the e-SIM. All you need to do is scan a QR code and you can start using the service. That’s cool, isn’t it?

When it comes to pricing, iPhone has kept up with the benchmark it has set with iPhone X. At price tag of $999, it is a little pricier for the features it offers to you. But again, it is not the product but the brand you are going to buy. So bear with it.

The stereo speakers are another pleasant addition in the iPhone X. The speakers create a high-quality definition of sound that you will certainly like if you are a true music lover.

However, you will have to compromise a bit since the phone doesn’t have the headphone jack. But then it has wireless headphones are what defines the future of music, right?

iPhone XS has a sleek design that looks stunning to the eyes. It comes in three different colors: Gold, Silver, and Space Gray. It looks equally beautiful in each of these colors.

With a depth of 0.30 inch and a weight of 6.2 oz, it has a body that doesn’t feel in your pocket. But that is also what makes it vulnerable to pickpockets who can sneak it from your pouch. So you need to be extra careful while traveling in crowded areas as you can lose your $999.

iPhone XS comes with 7nm architecture that powers up its battery. Although it has one of the most powerful processors, it doesn’t affect the performance of the battery that has a talk time of up to twenty-one and half hours which is a bit more the iPhone X. Just like iPhone X, it comes with wireless charging feature that speeds up the charging process.

We live in the era of 4G. With Gigabit LTE, it catches up with this emerging technology. As its name suggests, it can deliver the connectivity up to 1 gigabit per second. In other words, you will get the connection speed as fast as the Google Fiber.

Based on the above review, iPhone XS can be rated among the best phones of 2018. While its price certainly turns you off, it is worth it if we take into consideration the overall experience it offers to the users. So go ahead and get the phone today! 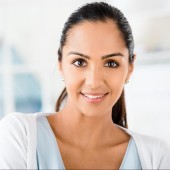 Ishika Agarwal is a blogger, digital marketer, and an academic expert at Best Coursework Writing Service UK. She is known for her exceptional knowledge in technology and New Media and they are also the subjects of most of her articles. At the same time, she is also an acclaimed academician who lends her educational services to students.

Choosing the best app is a very daunting task. For every type of app out …
May 5, 2015 Mobile
More

It is 2018 and we have some fantastic smartphones on our list that offer everything …
September 19, 2018 Mobile
More

The number of mobile users continues to increase at a rapid pace every day. Studies …
September 20, 2018 Mobile, Wp Plugins
More
We use cookies to ensure that we give you the best experience on our website. If you continue to use this site we will assume that you are happy with it.Ok