Home
Tech
A Deal with the Devil: Elon Musk and SEC Reach a Settlement

The last week of September rolled out, bringing forth some significant decisions for the Tesla company. The company had to shed some dead weight and Elon Musk had to make certain compromises and sacrifices to save the company from getting into further trouble after the bad call he made in August.

On 7th August, Elon Musk tweeted, “I am considering taking Tesla private at a share price of $420 – Funding secured.” This tweet was followed by another tweet, which stated, “Shareholders could either decide to sell at $420 or hold shares and go private”. Shareholders were forced to decide whether they want to take the high road or not. After saying “funding secured” Musk claimed that Tesla was in talks with Saudi Arabia’s sovereign wealth fund to secure the funding to privatize the company. However, Musk abandoned the idea of privatization on 24th August.

Just a week after Musk’s original tweet, the SEC subpoenaed Tesla. Prosecutors claimed that Musk’s tweets were misleading since no deal was yet in place. Furthermore, a number of shareholders suffered grave losses due to his false claims.

The impact the tweet had on the stock prices and the other evidence the SEC gathered against Musk led them to believe that Musk’s intentions were market manipulation. However, regardless of whether Musk tried to manipulate the market or whether he made a bad call, the tweets did more harm than good especially when he abandoned his idea to carry out the privatization through a ‘special purpose fund’.

Musk did not admit or refute the charges against him, nor did Tesla comment on this issue. Finally, on 29th September ’18, Elon Musk made a settlement with SEC regarding the fraud charges. The terms of the settlement included four main points that will be consequential for both Musk and Tesla.
As per the settlement, Musk was instructed to step down from his position as Tesla’s Chairman, within 45 days, and he was declared ineligible to be reelected for the position for the next three years. Furthermore, Tesla is ordered to appoint two new independent directors in its board, as well as to establish a new independent directors’ committee. Controls and restrictions were put on all of Musk’s means of communication, especially Twitter, with strict monitoring in place. Additionally, in accordance with the terms of the settlement, both Tesla and Elon Musk have to pay $20 million each.

The accumulated value of penalties, which is $40 million, will be distributed among the investors who faced losses due to Musk’s false claims, the process of which will be overseen by the court. Some are calling this a hefty price to pay for just two tweets, while others are seeing this as a rightful example being set. Regardless, no one knows what the future will hold for Tesla and Musk, now with many of his powers amputated. 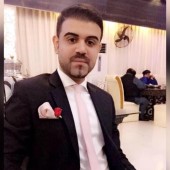 An avid professional having over six years of experience creating and managing digital content. Pursuing entrepreneurial activities by day and a freelance content writer by night, Suhaib is available for hire at [email protected]

Wondering how you can install WordPress on your Mac locally using MAMP? The first step …
May 20, 2019 Hosting, Tech
More

With over 79% Americans shopping online, the use of eCommerce payment gateways is a casual …
January 2, 2019 Tech, Wp Plugins
More

People who are looking to make a career in blogging often get to hear a …
January 6, 2019 Tech
More
We use cookies to ensure that we give you the best experience on our website. If you continue to use this site we will assume that you are happy with it.Ok